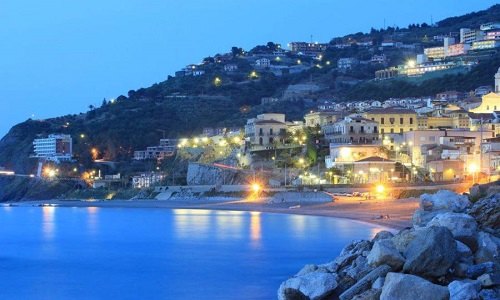 Between the sea of the Aeolian Islands, crossed by turquoise reflections swallowed by the blue, andthe green-brown of the Nebrodi and between the apexes of Capo d’Orlando and Tindari, rises Gioiosa Marea, or Giujusa, to put it in dialect.
One of the most evocative destinations on the Tyrrhenian coast of Sicily, known at that point also as the Saracen coast. And it is precisely from the expulsion of the Saracens from the island (1062), that the first real inhabited center was established, although a Greek-Roman settlement, after Norman and finally of Arab origin, had occupied the small village of Gioiosa Guard.
This flourished on Monte Melluso and was almost completely abandoned following an earthquake in 1783; the inhabitants of the time went down to the coast and settled there.

The beaches of Gioiosa Marea

For those who want to rejoice (it should be said) in the summer, you only need to choose which beach: the most served and near the center is characterized by the gray sand, as well as San Giorgio and Saliceto. To the east stands the rocky shoreline, where Capo Calavà stands out, a cove with a clear bottom reachable via a path; just beyond is the “Bue Beach”, sandy and unspoiled. Even at the train station, in the Uliveto area, the coast is gravelly and those who enjoy speleological excursions cannot avoid the spectacle of the Grotta del Tono.
Along the seven kilometers of coastline here are recommended snorkeling and diving to familiarize with fish, molluscs and Posidonia Oceanica meadows.

What to see in Gioiosa Marea 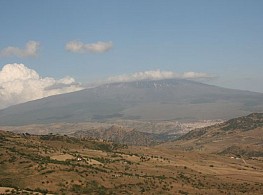 Distance: approximately 80 km With its 3340 meters of altitude, Etna is the largest active volcano in Europe ...
Details On the hills of Capo d'Orlando, less than thirty kilometers from us, there is Villa Piccolo. Built in the ...
Details Accessible directly from our village with organized excursions or privately with a small boat in just 30 ...
Details